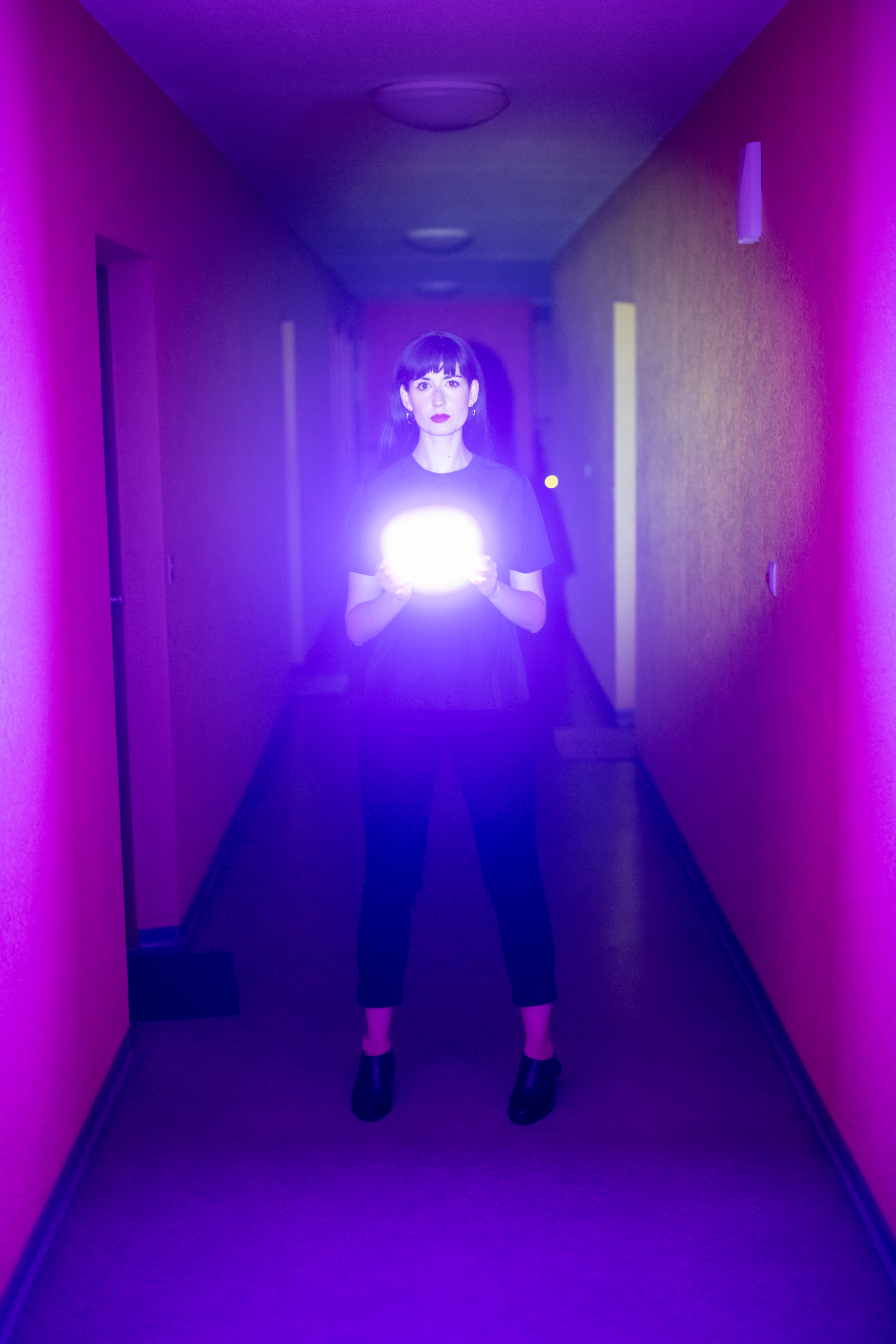 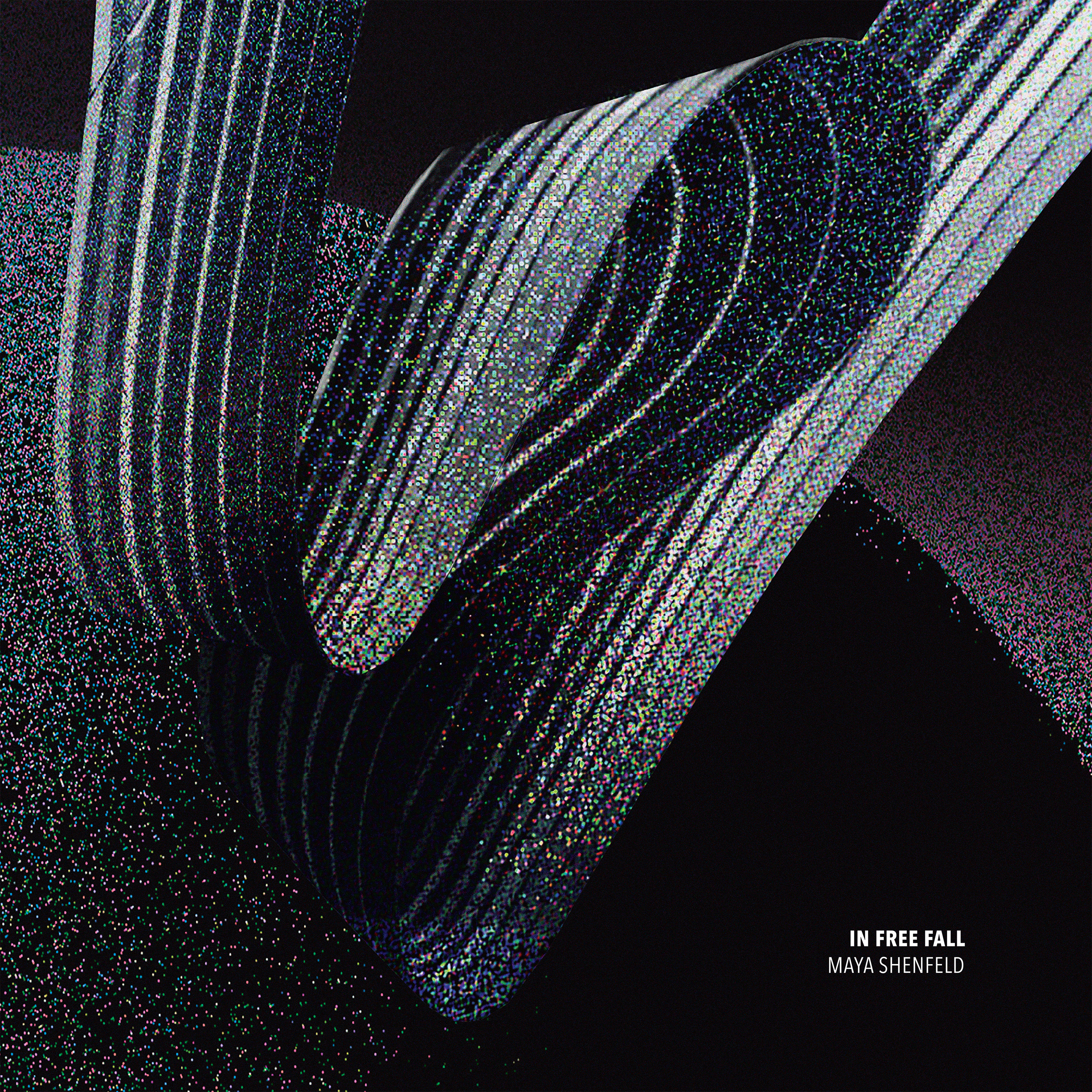 Berlin composer Maya Shenfeld’s music is as powerfully evocative as it is strikingly intimate. Through a mastery of sound sculpting and visionary approach to composition Shenfeld has established herself as one of the most vital voices in Berlin’s New Music scene. Her work exists in liminal spaces, collapsing the boundaries between electronic synthesis and organic sound as it draws equally from classical tradition and underground experimentalism. Each aspect of her output, from site-specific sound installations to works for new music ensembles and even playing guitar in punk bands, combines an astute technical prowess with an authentic, tangible expression of soul. Shenfeld’s debut solo record In Free Fall merges the grand vision of orchestral music with the granularity and intimacy of deep listening, exploring a tension between immaculately structured compositional architecture and the sheer joy of noise, grain and feedback.

In Free Fall, named after Hito Steyerl’s essay, captures Shenfeld’s own feelings of “free fall” both with regards to the current moment, and to her growth as a composer. Originally trained as a classical guitarist, Shenfeld’s relocation to Berlin to study composition sparked a drastic expansion of her horizons and practice. Diving headfirst into the city’s punk and experimental music scenes, the composer found herself shuttling, literally and figuratively, between disparate musical worlds; from the grand Konzerthaus Berlin to hole-in-the-wall Indie venues. She elaborates: “playing in a punk band, writing together, jamming, opened something in me, allowed me to rediscover the joy and spontaneity in the process of music making. I feel like the band amplified my artistic “voice”, which the hierarchical (and patriarchal) classical music institutional environment had obscured. Through this experience I started engaging with classical music differently, bringing to it this sort of immediate, unrestrained, physical connection or sensation.” In Free Fall reconciles Shenfeld’s classical training with her uncompromising spirit, resulting in beautiful iridescent constellations of sound.

The physical nature of sound is central to Shenfeld’s work. She elaborates: “I’ve always been taken by the way music can seemingly stretch, bend, and even break time, its ability to touch something in you, emotionally, and the fact that it’s a resolutely physical experience.” In Free Fall’s use of space and dynamics captures the distinctly three-dimensional nature of Shenfeld’s live performances and sonic installations. Opening track “Cataphora” (“Descent”), written during a residency with Caterina Barbieri, collapses the boundaries between organic and digital instruments, tape loop and sine wave thrum inseparable from live brass recorded by Kelly O’Donohue. “Voyager” bristles with rippling distortion, a direct callback to her work with punk bands. “Mountain Larkspur”, a collaboration with James Ginzburg (Emptyset) reworks ethereal choral vocals from Shenfeld’s commission for Bethanien Youth Choir, captured at rehearsals for the piece at an abandoned 1902 swimming pool in Berlin and manipulated by Shenfeld and Ginzburg into expansive ambient atmospheres. “Body, Electric”, written following a silent meditation retreat and during the first lockdown of 2020, transmutes the physical sensations of inner reflection into a classical sonata form. “Sadder Than Water”, written during the same period, offers a more contemplative counterpoint, an elegy leading into the album’s closing track “Anaphora”(“Ascent”). This last track closes the circle of works and calls back to “Cataphora” with its use of brass and delicate ascending melody.

In Free Fall is a decisive statement from a crucial new voice in contemporary music, challenging traditional structures and narratives. Returning to the essay that gives the album its name, Steyerl’s description of “free fall” equally speaks to the wonderful sensation and innovation of Shenfeld’s music: “The horizon quivers in a maze of collapsing lines and you may lose any sense of above and below, of before and after, of yourself and your boundaries… with the loss of horizon also comes the departure of a stable paradigm of orientation, which has situated concepts of subject and object, of time and space, throughout modernity. In falling, the lines of the horizon shatter, twirl around, and superimpose.”